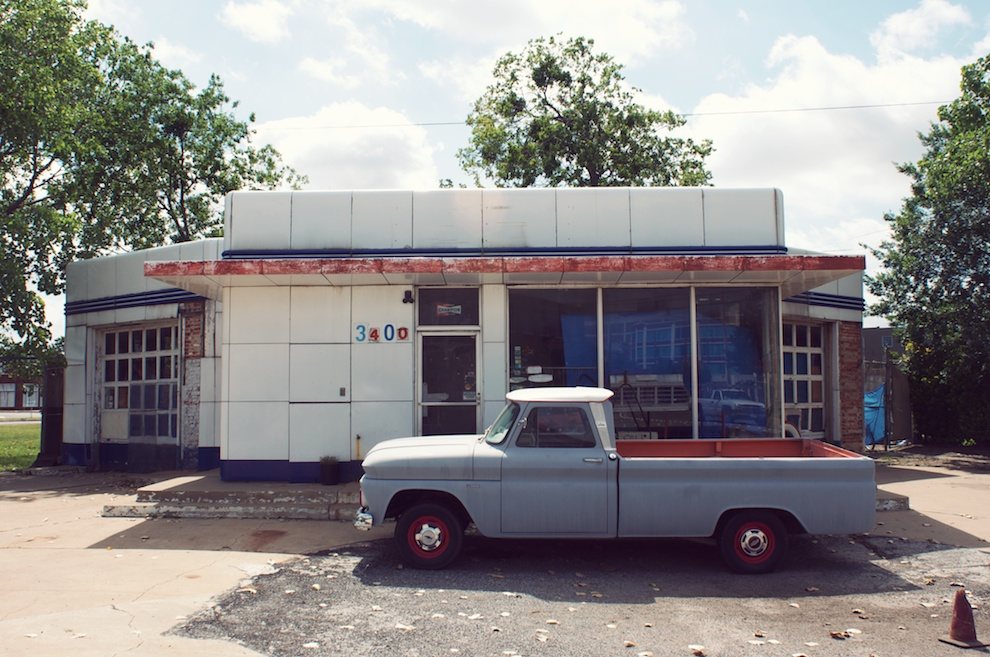 Deep Ellum is one of the more photogenic areas of this otherwise excessively concrete-laden city of Dallas. It is one of the few areas of town that gives me the feeling of walking around in a much bigger (and cooler) east coast town. The streets are filled with run down hangouts, shuttered businesses and shady lofts that seem to be slowly regaining attention after years of neglect.

As Chris and I were walking around the area a few weeks ago we both stopped for a few minutes to take in the scene at this old service station. The station has certainly seen better days and the same could be said for the old Chevy truck parked in front. The interior of the building had clearly not been used in decades and the signage and products on display inside had a gentle layer of dust hiding their 1970’s marketing charm.

As I was snooping around, perhaps a bit too close, I was joined abruptly by the owner of the building and his overly eager dog. I managed to grab only a few shots of the place before quickly exiting the scene. 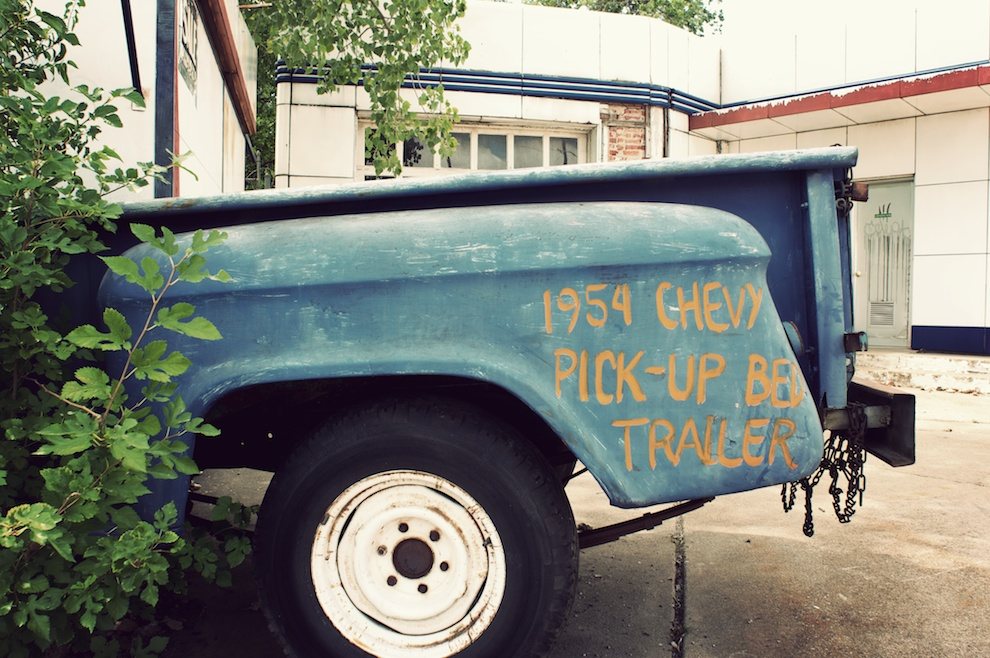